The Tax Cuts and Jobs Act: How Will It Affect YOU?

The new tax reform law — commonly referred to as the “Tax Cuts and Jobs Act” (TCJA) — is the most significant tax legislation in decades. Although the law was passed only a few weeks ago, the impact on the economy and business outlook seems undeniable as the stock market rally continues and both individuals and businesses appear the most optimistic in quite some time.

Tax reform was originally sold to us as simplification. In fact, you would be able to file your taxes on a postcard, right? Although some aspects of tax law have been simplified, other new provisions such as the 20 percent Qualified Business Income Deduction are very complex, despite appearing straightforward at first glance.

The law significantly impacts both individuals and businesses. Let’s start with a basic overview of what’s covered in the new law. (Except where noted, these changes are effective for tax years beginning after Dec. 31, 2017.)

The new law makes small reductions to income tax rates for most individual tax brackets, and it significantly increases individual AMT and estate tax exemptions. But there’s also some bad news for individuals: the TCJA eliminates or limits many tax breaks. In addition, much of the tax relief for individual taxpayers will be available only temporarily.

Here are some of the key changes. Except where noted, these changes will sunset after 2025:

The majority of physicians will notice tax savings due to an overall reduction in tax rates. Please see the summary comparing tax rates and income brackets pre- and post-TCJA later in this section.

Physicians will notice not only have the tax rates been reduced, but the upper thresholds of most income brackets have also increased, resulting in more of your income being taxed at lesser rates.

Every taxpayer has the choice whether to itemize deductions on Schedule A of their 1040 (mortgage interest, charitable contributions, property taxes, state and local taxes, etc.) or take the allowable standard deduction.

Under the new law, the standard deduction nearly doubles as follows:

Even with the increased standard deduction, I anticipate it will still be advantageous for most physicians to continue itemizing their deductions as most will exceed the increased thresholds above.

Although the benefits noted above are positive, there are some “take-aways” that should be noted, such as:

Since passage of the law, I have had several phone calls and emails from individuals worried that they are losing the ability to deduct charitable contributions. Please note that charitable deductions remain fully deductible under the new law. In fact, taxpayers are able to contribute more under the new law – up to 60 percent of their adjusted gross income as opposed to 50 percent previously. There is one exception, an admittedly BIG exception. Donors are no longer able to deduct 80 percent of the amount paid for the right to purchase tickets for athletic events (i.e. Tide Pride, Tigers Unlimited).

Although the Estate Tax was not repealed under the TCJA, its impact was significantly reduced through increased gift and estate exemption amounts. Previously, the estate and gift tax exclusion was $5,490,000 in 2017, but under the new law will double to $11,200,000 in 2018 (including inflation). The increased exemption amounts are set to expire Jan. 1, 2026. This creates significant planning opportunities for physicians to transfer wealth using the increased exemption.

AMT is a “supplemental” tax that hits many physicians. It essentially taxes those whom the IRS believes are taking too many deductions under the standard income tax system. For instance, under AMT, no deductions are allowed for state and local taxes, real estate and personal taxes, etc.

Many were hopeful AMT would be repealed in its entirety, but that did not happen. Instead, the exemption amount was raised significantly, thereby subjecting fewer individuals to AMT. It’s very likely that if you were subject to AMT tax in the past, you may not be going forward in 2018.

During the final days of the bill’s negotiation process between the House and the Senate, a provision was added for the repeal of the individual mandate called for under the healthcare reform bill. Many took this to mean that the Patient Protection and Affordable Care Act was gone; however, that is not the case. The tax reform bill merely removed the penalty associated with the mandate for individuals to obtain health insurance. PPACA is still very much in play.

There was no change to the 3.8 percent net investment income nor the additional .9 percent payroll tax on high-wage earners. In addition, large employers (generally those with 50 or more FTE’s) are still required to provide affordable minimum essential health care coverage to full-time employees. Those employers are also still required to complete Form’s 1094 and 1095 annually to report the details of healthcare coverage provided to employees.

Under the TCJA, individuals will no longer be allowed to deduct payments for alimony or separate maintenance payments. Likewise, the recipient of those payments will no longer include payments in their income. This is generally effective for divorce or separation agreements executed after Dec. 31, 2018. Current rules (i.e. alimony deduction) continue to apply to already-existing divorces and separations, as well as divorces and separations that are executed before 2019.

In addition to the individual provisions noted above, the TCJA also has many provisions which will impact businesses both large and small. In general, the law significantly reduces the income tax rate for corporations and eliminates the corporate alternative minimum tax (AMT). It also provides a large new tax deduction for owners of pass-through entities and makes major changes related to the taxation of foreign income. But it also reduces or eliminates many business tax breaks.

Following are some of the key business-related changes:

Under the old law, corporations were subject to graduated tax rates that topped out at 35 percent. Personal service corporations, which include physician practices, were taxed at a flat 35 percent. The TCJA reduced the corporate tax rate to a flat 21 percent rate. Although the tax rate reduction is a positive, most physician practices organized as C Corporations bonus out income at year-end to avoid paying corporate tax at all, making this somewhat irrelevant. 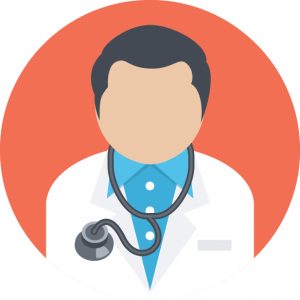 But what if your practice isn’t organized as a C Corporation? It doesn’t seem fair that one entity type receives a reduction in tax rates while others do not. To compensate for this, Congress created an entirely new 20 percent qualified business income (QBI) deduction for owners of flow-through entities (such as partnerships, LLCs and S corporations) and sole proprietorships through 2025. This new deduction is commonly referred to as the “pass-through deduction,” as income from these entities passes through to owners and is included on the individual 1040 income tax return.

Qualified business income is essentially the net income of the practice after physician salaries. It excludes any investment-related items, such as interest, dividends, or capital gains or losses from the sale of property. The deduction is 20 percent of the QBI and is a reduction in taxable income on Form 1040.

What appears rather straightforward at first, quickly becomes complex and illogical with a strict or literal reading of the law. In some cases, the amount calculated for the 20 percent deduction varies among entity types with all else being equal, which doesn’t appear the outcome Congress intended. These ambiguities will most likely be addressed in later regulations and technical corrections that will provide further details on interpretation and application of the law. This will be a key area to monitor for the remainder of 2018.

Let’s first examine the limits applicable to both service and non-service businesses alike. The 20 percent qualified business income deduction is limited by the greater of:

To illustrate, assume Dr. A is a solo practitioner who files a joint return. Her practice is organized as a single-member LLC. The qualified business income as reported on Schedule C of Dr. A’s 1040 is $240,000 after $195,000 in wages paid to her staff. Dr. A and her husband’s taxable income for the year is $295,000.

This is perhaps the most complex area of the tax reform law. This is an area which will merit monitoring in the coming months as the IRS provides additional guidance on the implementation of this provision of the law.

For physician practices, several favorable changes were made to the existing rules regarding depreciation. Most notably, equipment purchased after Sept. 27, 2017, and before Jan. 1, 2023 (in most cases) can by fully expensed or deducted in the year of purchase rather than depreciating over the equipment’s useful life. Previously, this “bonus” depreciation was limited to 50 percent of the asset’s cost, but has now been increased to 100 percent. In addition, the equipment no longer has to be original use or new property — used property also qualifies for the deduction.

In addition to bonus depreciation, the provisions of Code Section 179 were also modified to allow for more property types to qualify for immediate write-off, including subsequent improvements to commercial property such as roofs, heating and A/C systems, fire protection, alarm and security systems.

In addition to the major overhauls noted above, there were several other impacts to businesses, including but not limited to:

The TCJA will have a significant impact on business and individuals. These items highlight the major provisions of the law that are most impactful to physicians. The new tax law is certainly broad-reaching and complicated.

Earlier this week, the U.S. Senate reached a bipartisan deal “in principle” to restore Obamacare cost-sharing reduction payments for two years in exchange for more state flexibility in the health care act. The proposed plan would also restore more than $100 million in funding for health care outreach.

The bipartisan bill gained momentum later in the week with 24 co-sponsors to the legislation. President Trump has suggested he was “open” to authorizing payments to insurers that help offset out-of-pocket health costs in the short term — but had not given up his goal of repealing the ACA.

The short-term solution would allow insurers to offer catastrophic insurance plans to consumers ages 30 and older on the exchanges, while maintaining a single-risk pool, meanwhile also making it easier for states to obtain waivers to customize health plan rules to their needs by speeding up administration approval of the waivers and allow states to copy provisions in waivers that were already approved. This could also provide a reprieve for the Affordable Care Act that would prevent 2018 premiums from increasing as much as previously predicted. However, consumers in many states will still face double-digit rate increases, and in many counties, health plans will be available from only one insurance company.

The proposed legislation would not allow states to change the essential benefits insurers are now required to offer individuals and small businesses under the ACA or let insurers discriminate against consumers with preexisting conditions for the next two years.

The Medical Association will continue to monitor the progress of this proposed legislation and is eager to work with lawmakers toward a positive solution.