What If No One Was On Call…2017 Legislative Review

In times of illness, injury and emergency, patients depend on their physicians. But what if no one was on call? Public health would be in jeopardy. However, the same holds true during a legislative session. What would happen if the Medical Association was not on call, advocating for you and your patients at the Alabama Legislature? Keep reading to find out. 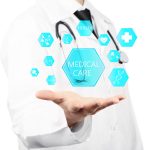 Patients and their physicians want assurances about not only the quality of care provided, but also its continued availability, accessibility, and affordability. Patients want to make health decisions with their doctors, free from third-party interference. Continued progress toward these objectives requires constant vigilance in the legislative arena, where special interest groups seek to undermine physician autonomy, commoditize medicine and place barriers between physicians, their patients and the care their patients need.

If no one was on call… Alabama wouldn’t be the 20th state to enact Direct Primary Care legislation. DPC puts patients and their doctors back in control of patients’ health and helps the uninsured, the under-insured and those with high-deductible health plans. SB 94 was sponsored by Sen. Arthur Orr (R-Decatur) and Rep. Nathaniel Ledbetter (R-Rainsville).

If no one was on call… the Board of Medical Scholarship Awards could have seen its funding slashed but instead, the program retained its funding level of $1.4 million for 2018. The BMSA grants medical school loans to medical students and accepts as payment for the loan that student’s locating to a rural area to practice medicine. The BMSA is a critical tool to recruiting medical students to commit to practice in rural areas. As well, the economic footprint of every physician is at least $1 million, which improves both community health and local economies.

If no one was on call… Medicaid cuts could have been severe, possibly reducing access for patients within an already fragile system in which less than 20 percent of Alabama physicians participate. Due to work done during the 2016 second special session and the 2017 session, sufficient funds were made available for Medicaid without any scheduled cuts to physicians for 2018. Increasing Medicaid reimbursements to Medicare levels – a continued Medical Association priority – could further increase access to care for Medicaid patients.

Beating Back the Lawsuit Industry 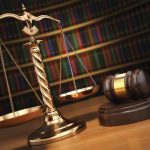 Personal injury lawyers are constantly seeking new opportunities to sue doctors. While Alabama’s medical liability laws have fostered fairness in the courtroom and improved the legal climate, each year personal injury attorneys seek to undo parts of the very law that helps keep “jackpot justice” and frivolous suits in check.

If no one was on call… an $80 million tax increase on physicians to fund a new government-administered malpractice claims payout system called the Patients Compensation System could have passed. The PCS would administer damage claims for physical injury and death of patients allegedly sustained at the hands of physicians. Complaints against individual physicians would begin with a call to a state-run 1-800 line and would go before panels composed of trial lawyers, citizens and physicians to determine an outcome. In addition, any determinations of fault would be reported to the National Practitioner Databank. The Patient Compensation System would undo decades of medical tort reforms, which the Medical Association championed and is forced to defend from plaintiff lawyer attacks each session. The PCS deprives both patients and doctors of their legal rights.

If no one was on call… physicians could have been exposed to triple-damage lawsuits for honest Medicaid billing mistakes. The legislation would create new causes of civil action in state court for Medicaid “false claims.” The legislation would incentivize personal injury lawyers to seek out “whistleblowers” in medical clinics, hospitals and the like to pursue civil actions against physicians and others for alleged Medicaid fraud, with damages being tripled the actual loss to Medicaid. The standard in the bill would have allowed even honest billing mistakes to qualify as “Medicaid fraud,” creating new opportunities for lawsuits where honest mistakes could be penalized.

If no one was on call… physicians would have been held liable for the actions or inactions of midwives attending home births. While a lay midwife bill did pass this session establishing a State Board of Midwifery, the bill contains liability protections for physicians and also prohibitions on non-nurse midwives’ scope of practice, the types of pregnancies they may attend, and a requirement for midwives to report outcomes.

If no one was on call… the right to trial by jury, including jury selection and jury size, could have been manipulated in personal injury lawyers’ favor.

If no one was on call… physicians could have been held legally responsible for others’ mistakes, including home caregivers, medical device manufacturers and for individuals following or failing to follow DNR orders. 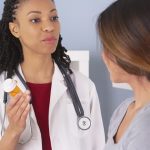 Every session, various pieces of legislation aimed at improving the health of Alabamians are proposed. At the same time however, many bills are also introduced that endanger public health and safety, like those where the legislature attempts to set standards for medical care, which force physicians and their staffs to adhere to non-medically established criteria, wasting health care dollars, wasting patients’ and physicians’ time and exposing physicians to new liability concerns.

If no one was on call… legislation could have passed to lower biologic pharmaceutical standards in state law below those set by the FDA, withhold critical health information from patients and their doctors, and significantly increase administrative burdens on physicians.

If no one was on call… allergists and other physicians who compound medications within their offices could have been shut down, limiting access to critical care for patients.

If no one was on call… numerous scope of practice expansions that endanger public health could have become law, including removing all physician oversight of clinical nurse specialists; lay midwives seeking allowance of their attending home births without restriction or regulation; podiatrists seeking to amputate, do surgery and administer anesthesia up the distal third of the tibia; and marriage and family therapists seeking to be allowed to diagnose and treat mental disorders as well as removing the prohibition on their prescribing drugs.

If no one was on call… state boards and agencies with no authority over medicine could have been allowed to increase medical practice costs through additional licensing and reporting requirements.

If no one was on call… legislation dictating medical standards and guidelines for treatment of pregnant women, the elderly and terminal patients could have been placed into bills covering various topics.

Other Bills of Interest 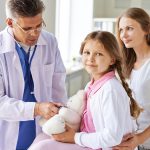 Constitutional amendment proclaiming the State of Alabama’s stance on the rights of unborn children… legislation passed to allow Alabamians to vote at the November 2018 General Election whether to add an amendment to the state constitution to:

“Declare and affirm that it is the public policy of this state to recognize and support the sanctity of unborn life and the rights of unborn children, most importantly the right to life in all manners and measures appropriate and lawful…”

If ratified by the people in November 2018, this Amendment could have implications for women’s health physicians.

If the Medical Association was not on call at the legislature, countless bills expanding doctors’ liability, increasing physician taxes and setting standards of care into law could have passed. At the same time, positive strides in public health — like passage of the direct primary care legislation — would not have occurred. The Medical Association is Alabama physicians’ greatest resource in advocating for the practice of medicine and the patients they serve.