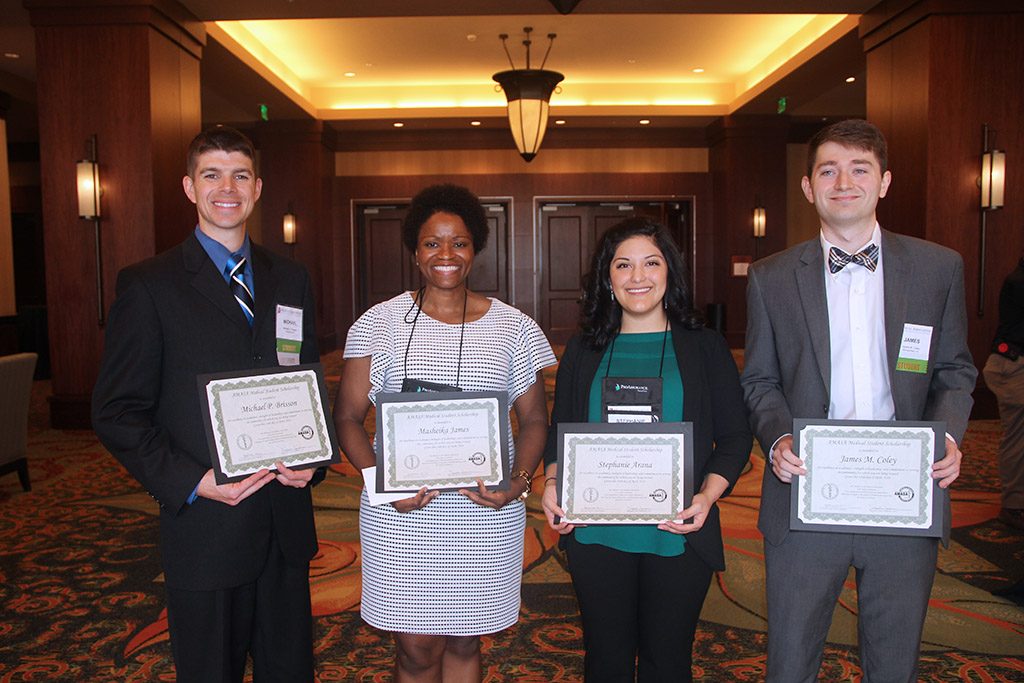 Stephanie, a native of Madison, is a child of first-generation immigrants. At a young age, her mother instilled in her the value of education, hard work, and striving for excellence, which led her on her path to the medical field. After completing her first year of medical school, Stephanie realized she was lacking in essential areas needed for the field of medicine: understanding others, empathetic nature, and passion. She used this realization to motivate her to serve the underserved population of Chicago to regain the concepts she was lacking. Participating in this opportunity helped Stephanie to learn how to balance her world of endless knowledge and her world of sacrifice, dedication, and humility.

Stephanie is currently a student at the Alabama College of Osteopathic Medicine where she has served in many capacities, including ACOM Ambassador, National Medical Scholarships Peer Mentor, and ACOM Student D.O. of the Year. She plans to use the scholarship assistance to obtain audition rotations throughout the State of Alabama in hopes of solidifying a residency opportunity in state.

Michael, a native of Enterprise, sees the unique relationship that primary care medicine has with the United States military and the osteopathic field. He has had the opportunity to work closely with primary care physicians during his career as an Aeromedical Evacuation Officer in the Alabama Army National Guard. The level of expertise and compassion these physicians bring to the National Guard and the rural communities they serve inspired Michael to pursue a career in primary care medicine.

Michael is currently at the Edward Via College of Osteopathic Medicine in Auburn, and he resides in Enterprise with his wife and two children. Michael believes that his medical school is preparing him to fill the critical need for physicians practicing in rural areas, and he plans to use his experiences as an active duty and National Guard medical officer, combat MEDEVAC pilot, and seasoned critical care paramedic to commit himself to the field of primary care in rural Alabama.

James, a native of Montgomery, realized his dream of pursuing medicine in high school. His dream became a reality after observing, shadowing and learning from oncologists and other team members at the Montgomery Cancer Center. During his time pursuing his undergraduate degree at the University of South Alabama, James participated in several leadership positions and programs focused on health and the medical field. Not only did his time at USA reinforce his desire to pursue a medical career, it also allowed him the opportunity to meet his wife.

James is currently a student at VCOM in Auburn. J. Danielle McCullough, Assistant Professor at VCOM, said of him, “While keenly invested in his own career development, James also continues to concentrate his efforts and prioritize the needs of others, especially those less fortunate that he…his altruistic efforts demonstrate his commitment to the VCOM mission of preparing community-focused physicians to meet the needs of underserved populations.”

Masheika, a native of Birmingham, defied the odds of her childhood by pursuing a second doctorate degree after graduating from a poverty-stricken high school in Birmingham with limited role models. After becoming a parent at the age of 18 and raising her daughter as a single mom, Masheika became even more motivated to prepare a better future for her daughter and become a professor in pediatrics.

A colleague from the University of Alabama at Birmingham said of Masheika, “She is very resilient, and has overcome many challenges and adverse circumstances in her personal life and early educational background that would have crumbled the resolve of many other individuals”

Masheika is currently at the University of South Alabama College of Medicine in Mobile. Throughout her college experiences, Masheika encountered very few minority professors, let alone women, in the sciences. This revelation urged her to pursue a career in higher education to serve as a role model for future minority high school students as well as minority college undergraduates.